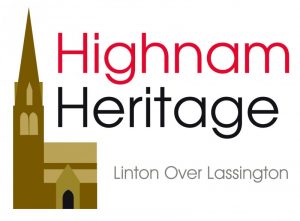 780 – Ethelmund, son of Ingeld granted an estate of 30 hides at Over, for Gloucester Abbey.

804 – Ethelmund’s son, Ethelric confirmed the estate to the secular clerks at the Abbey.

1033 – The earliest description of the land at Ham (Highnam). Wulfin le Rue gave Churcham and Highnam to the church of St. Peter.

1095 – The earliest known reference to the Lassington church is it’s re-dedication to St. Oswald on Palm Sunday 1095, after the building of the Norman nave, chancel and side chapel.

1228 – On the northeast of the original Highnam Court the Newent road was recorded as the great road from Gloucester to Newent.

1516 – John Arnold leased Highnam Court; a mansion was included with the property.

1542 – The manor of Highnam was granted by the crown to John Arnold.

1618 – Sir William Cooke died. The estate was taken over by Robert Cooke.

1643 – Robert Cooke died and the early house was seriously damaged in the Civil War battle fought at Highnam.

1658 – The new Court was built and its design was linked to Edward Carter, a pupil of Inigo Jones. The house was built for William Cooke, the son of Sir Robert Cooke, following the damage of the original structure in the English Civil War.

1703 – Following William Cooke’s death, the estate was inherited by his son Edward Cooke.

1724 – Edward Cooke died and the estate w as inherited by his son, Dennis Cooke.

1747 – Following Denis Cooke’s death the estate was inherited by his sisters. The estate passed by marriage into the Guise family.

1783 – John Guise inherited a baronetcy and took ownership of the manor following the death of his cousin Sir William Guise of Elmore.

1796 – Hereford & Gloucester canal. Building began and a canal was opened from Gloucester heading north westwards to Newent and then onto Oxenhall tunnel, a distance of eight miles.

1838 – Sir John was forced to sell the manor following the crippling expenses of an election. Highnam Court was purchased by Thomas Gambier Parry.

1844 – Highnam Woods contain a pinetum, a collection of conifers that was started by Thomas Gambier Parry in 1844 and included over 300 species by 1863.

1849 – Construction of Holy Innocents was started with completion in 1851.

1851 – The Ecclesiastical parish of Highnam was established

1869 – Further renovations were performed on behalf of Gambier-Parry and included a billiard room.

1881 – The H&G canal was closed. The original portion of the canal, from Gloucester to Ledbury was drained and the Ledbury to Gloucester railway was started on the canal bed.

1882 – In 1882, Highnam, Linton, and Over had gained small parcels of land from Rudford and the North Hamlet division of Gloucester City.

1888 – Thomas Gambier-Parry died. His wife Ethelinda Lear retained the manor until her demise.

1935 – In 1935 Highnam, Linton, and Over united with Lassington to form the civil parish of Highnam

1936 – The major died and the estate was passed to his one surviving son, Thomas Mark Gambier-Parry who resided at the estate until 1966.

1950 – Thomas Mark Gambier-Parry gifted the farms of the estate to W.P. Cripps, his cousin

1977 – The Court, gardens and part of the park sold to Roger Smith. The freehold of the Garden House outbuildings and walled garden remained in Tom Fenton’s hands, as did much of the park.

1992 – A restoration plan for the estate, the Singleton Report, was put together.

1994 – The Highnam Court Estate was purchased by Roger Head.

This information was kindly provided by Highnam Heritage.

Any cookies that may not be particularly necessary for the website to function and is used specifically to collect user personal data via analytics, ads, other embedded contents are termed as non-necessary cookies. It is mandatory to procure user consent prior to running these cookies on your website.